Back in the 1960’s, the new sport called ‘windsurfing’ appealed mainly to surfers who wanted to try something new in shallow, calm waters.  Today there are over 1.2 million windsurfers around the world, and windsurfing schools and board rental shops are commonplace in any area with flat shallow water.  Whether you’re an avid windsurfer or just trying it for the first time, get up and sailing at one of the world’s most renowned windsurfing spots. 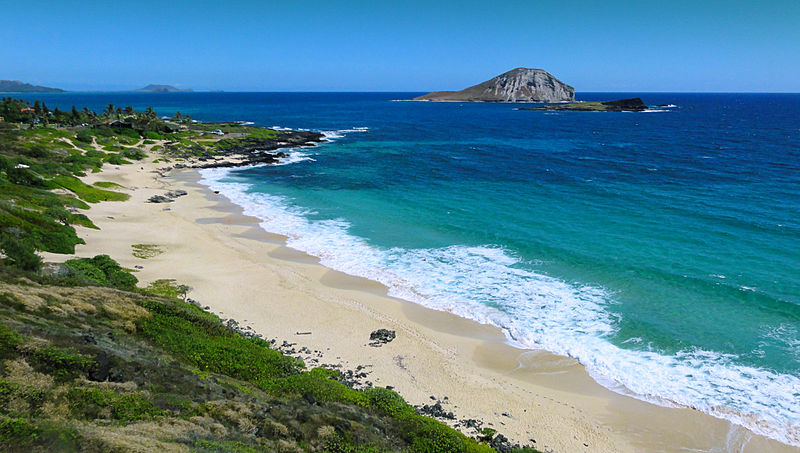 This tiny island in the Dutch Caribbean is a mecca for scuba divers, but it’s also one of the world’s premier windsurfing locations.  The island’s average water temperature is around 29 degrees Celsius, so there’s no need for a wetsuit, although sunscreen would be a good idea.  Lac Bay is on the east side of the island, and also offers beautiful mangroves to kayak and snorkel through.  The bay is sandy and shallow—about waist-deep in most spots—and the water is completely flat, making it ideal for beginners.  The bay’s two rental shops offer classes for beginners, and almost anyone can get themselves up and sailing around in an hour or two.  The bay also offers a great beach and a small bar/restaurant, so even non-surfers can enjoy themselves.

As one of the world’s windiest cities, it’s no surprise that Wellington is a windsurfer’s paradise.  Cool winds from Antarctica create reliable gusts of wind clocking in at 40 km/hr or faster.  The winds are fast and the water is cold (between 16-18 degrees C), so Wellington is recommended mainly for advanced windsurfers.  Schools in the area do offer beginner classes, though, so don’t be too intimidated by the strong winds.  Wellington itself is a great city, so there’s plenty else to do here if the winds are too strong for surfing.

Maui is already a popular destination for regular surfing, but it’s also considered the world’s windsurfing capital.  Maui is probably the most popular windsurfing spot on the planet, and it’s easy to see why.  The island itself is gorgeous, the water is 29 degrees C year round, and there are numerous rental shops and calm coves for beginners.  Extreme surfers have plenty of options too; windsurfing competitions are held here, and waves up to 6 meters high can be found on the north side of the island.  The only downsides are the sharks (yikes!) and the crowded beaches.

If you like to go fast, then Boracay is the windsurfing spot for you.  This small island in the Philippines is most popular with experienced windsurfers.  During the monsoon season (December to April) surfers can ride winds of 50 km/hr or faster.  Less advanced windsurfers should stick to the calmer side of the island, where the winds are still present but not as strong.  Boracay is a competition site for the Asian Windsurfing Tour each year in January, which is an impressive athletic showcase for non-surfers and surfers alike.