Chicago – come and see the sights

I have to admit that the first thing I wanted to do when visiting Chicago was run to the Art Institute and stand where Ferris Bueller stood (in the iconic 80’s movie) with his on-screen buddies and look at a painting called A Sunday on La Grande Jatte (1884). Anyone who’s seen the film will know what I mean. It’s a huge riverside scene by an artist called Georges Seurat, and it’s painted entirely in dots. But, more than that, there’s a woman in the painting with no feet (she’s just floating?) and she has a monkey on a leash. That’s the kind of childhood movie memory and weird art that I like.

But there’s MUCH more to Chicago than just one painting. It has TWO paintings. No, seriously, Grant Wood’s American Gothic is also in the same building. Kind of like seeing both the Mona Lisa and the Venus de Milo in the Louvre, but done in quintessentially American style.

Now, before you come, make sure you have an idea of what to do if anything goes wrong – Chicago is a sprawling city with many reported injuries and car accidents every year, and being a tourist doesn’t mean you’re protected from outright bad luck. You might want to keep the details of a personal injury attorney in Chicago to hand. Just a thought. 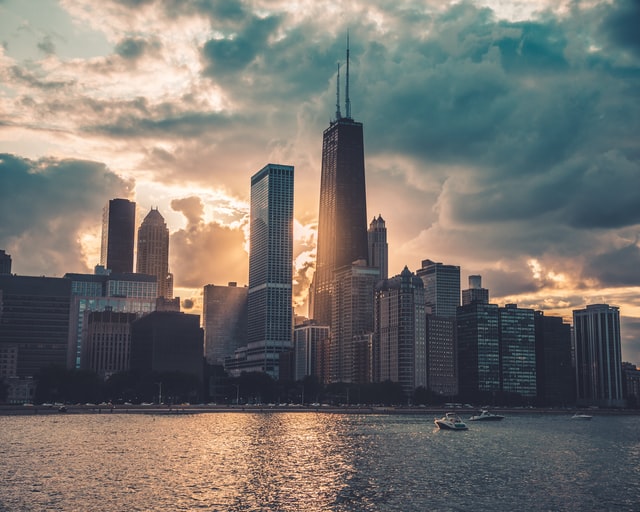 Fans of a certain genre of music may know the name Lincoln Park … but the band spells it Linkin Park. Anyway, just to address the namesake, the band is not from Chicago, but rather California, where another park by the same name once existed but is now called something else. Clear? Good. Basically, the zoo has nothing to do with teenage angst or spiky hair.

Admission to Lincoln Park Zoo is free, but online reservations are required – but don’t let the ‘free admission’ steer your thoughts towards ‘must be a bit petting-zoo’. At 35 acres, and with more than 1,000 animals, the zoo is one of the city’s proud attractions. The lions, penguins, and reptile house are the standout must-sees.

Museum of Science and Industry (sounds boring, but really isn’t)

The 1893 imposing and ornate building houses an array of surprises. There’s a mirror maze, and simulated tornado experience, and a replica street showing life in the area from more than 100 years ago. Oh, and for those who enjoy delving into recent history, there’s also a World War Two era German submarine on display. A whole submarine. In a building. Now that’s a selfie your friends won’t have in your collection yet!

Zoos and museums are just the beginning when it comes to this thriving modern city. You won’t regret your time in Chicago.