London, Paris, Prague or Stockholm are only a few of the European cities that attract visitors not only for their rich historic past and beautiful architecture but also because of their fascinating literary connections. Whether they are the birthplace of  consecrated writers, the setting of our favorite stories or places or cities famous for their stunning or antique libraries, the cities included in this article have that special something that make them extra appealing for bibliophile travelers.

If you’ve ever wanted to follow the steps of Aleksandre Pushkin, Sherlock Holmes, Swedish police novels, Charles Dickens, Roald Dahl or Jane Austen, get your suitcase ready, a bunch of your favorite books and get inspired.

Planning a road trip for bibliophile travelers can be a good way to explore all of these destinations or at least many of them. Fortunately, it’s really easy to rent a car in Europe and it allows you to design a trip that is 100% tailored to your wishes and expectations. American drivers can use their drivers’ license almost everywhere as long as it is in English so that makes the whole car rental process easier. Your existing car  insurance policy (provided you have a car) can give you some coverage over your rental vehicle, but you’re advised to explore the different options out there in the market. Bonzah’s car rental insurance, for instance, is affordable and offers great coverage. You can buy it online through their website or the Bonzah app and have instant coverage.

There are so many sites linked to the world of literature in London that a whole blog post could be devoted to England’s capital city! That said, travelers interested in experiencing its many literary destinations are presented with an incredible array of choices. Start your trip browsing the British Library, where you can get a closer look at the 1215 Magna Carta as well as many other note-worthy manuscripts.

Besides, this great city has been home to countless famous writers. Many are now buried at the famous Poets’ Corner in Westminster Abbey, including Browning, Lewis Carroll, Dickens and Kipling amongst others. Milton is buried in St-Giles-without-Cripplegate, John Donne in St Paul’s Cathedral and Christopher Marlowe in Deptford.

With so many literary destinations in a single place, it can be almost a chore to decide what to visit first.

Mystery lovers can’t miss heading to 221b Baker Street, home of the famous detective Sherlock Holmes and his assistant John Watson. Visitors are offered an interesting tour through different rooms where they can see representations of famous mysteries and crime scenes he solved.

Those who’ve enjoyed Oliver Twist or Tale of Two Cities by Charles Dickens can immerse themselves in the works of this legendary writer can go to 49 Doughty Street and admire Dickens’ Museum, his “home in town” and home to the most important Dickens collection in the world. It’s open year round but it’s extra special in Christmas time as the rooms are exquisitely decorated with Victorian decorations, mulled cider and there are readings from A Christmas Carol.

The Globe Theatre, currently on the Thames is a replica of the original Globe Theatre from Shakespeare times that stood on the south bank of the river in the 1600s and that burnt down in 1613. You can watch as a groundling and stand for a whole performance as the peasants did or pay extra and sit where the queen would have to watch the performance. It’s a great way to experience history!

Children and Harry Potter fans of all ages just have to go through the barrier between platforms 9 and 10 at King Cross Station! Embedded into the wall is half a luggage trolley so you can hold on and pretend to be going through the barrier for a touristy photo! Located nearby is the Harry Potter shop, where you can purchase paraphernalia from the franchise, including a wand to make your cheesy photo complete!

All across London be on the lookout for blue plaques. They are placed by English Heritage and they act as historical markers to reveal a link between a certain place and a famous person. Literature lovers would love to know that one of these blue plaques can be found at N° 34 Tite Street, the home of Oscar Wilde. 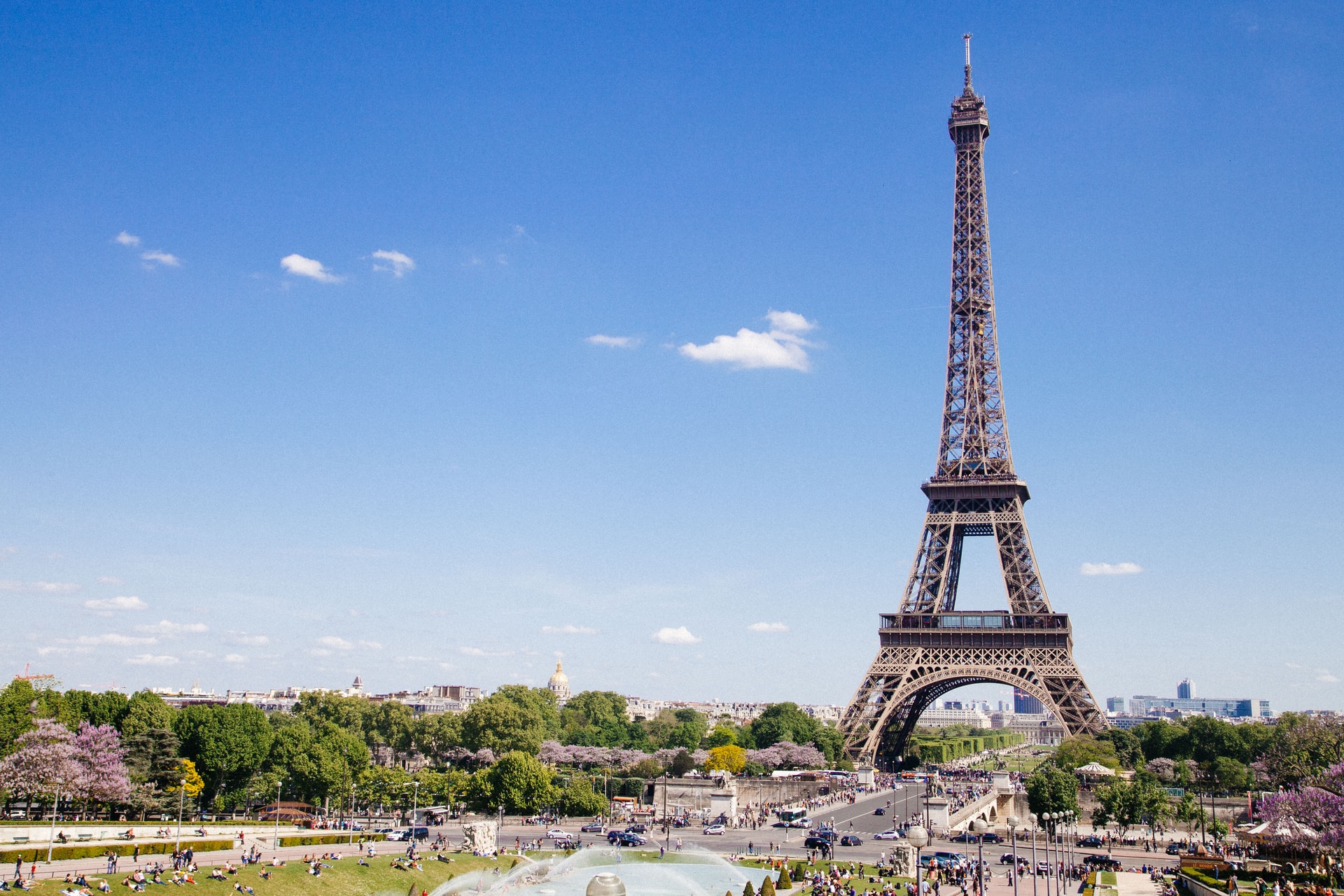 The French capital is usually associated with culture. That said, it’s a paradise for book lovers as bookish sites ooze out of it almost everywhere. Whether you’re searching for inspiration or following the footsteps of literary greats, the creative opportunities on offer throughout Paris are plentiful.

If you have enjoyed reading Lady Windermere’s Fan, pay respects to Oscar Wilde at his grave at Pere Lachaise Cemetery. Dotted with Gothic tombs, sculptures, ornate mausoleums and austere headstones, it’s the resting place of the most famous personalities in the world. Other literary giants you can show your respect to are Marcel Proust or Honoré de Balzac. Montparnasse Cemetery is another favorite amongst fans of French literature; there you can visit the graves of Simone de Beauvoir or Charles Baudelaire.

In the 1920s, the city became a go-to hub for many artists. Ernest Hemingway was one of them and he even wrote about his experiences living there in “A Moveable Feast”. Gertrude Stein, James Joyce, Henry Miller or Francis Scott Fitzgeral are some of the writers that found inspiration in the vibrant neighborhoods of Montmartre or Montparnasse or walking along the Seine.

Café de Flore, a coffeehouse at the 6th arrondissement has also been a magnet for literary giants. Les Deux Magots, also located in the Saint-Germain-des-Pres area its rival as it attracted visionnaires such as Pablo Picasso or James Joyce.

Those visiting Paris with a more ample budget should enjoy delicious traditional French dishes at Le Procope. Inaugurated in 1686, it was the meeting sport for intellectuals and writers. Don’t miss Napoleon Bonaparte’s hat near the entrance! Le Procope became a literary hotspot when Voltaire and Jean-Jacques Rousseau started frequenting this place.

Victor Hugo, one of the most prolific Parisian writers, found inspiration in the city’s cathedrals and narrow alleys. So much so that they become the setting of  Les Miserables or The Humpback of Notre Dame. Between 1832 and 1848 lived at 6 Place des Vosges until he fled to Guernsey to avoid political persecution. This house is now a museum that documents Victor Hugo’s personal life. One of its highlights is the Salon Chinois that showcases his extensive collection of Chinese artifacts and art.

The Maison de Balzac is the former home of Honoré de Balzac, a French novelist. You can explore not only portraits of this artist but also his manuscripts.

The beautiful Musee Carnavalet is also a must-go destination for bibliophile travelers.  At this fascinating venue you can see a reconstruction of the cork-lined room where Marcel Proust worked isolated on Search of Lost Time.

The Pantheon also makes the cut as a recommendation for book lovers visiting Paris. First, this fascinating crypt houses the remains of Victor Hugo, Antoine de Saint-Exupéry, Alexandre Dumas and Emile Zola and also because of its tiny library full of book-filled shelves and chairs. 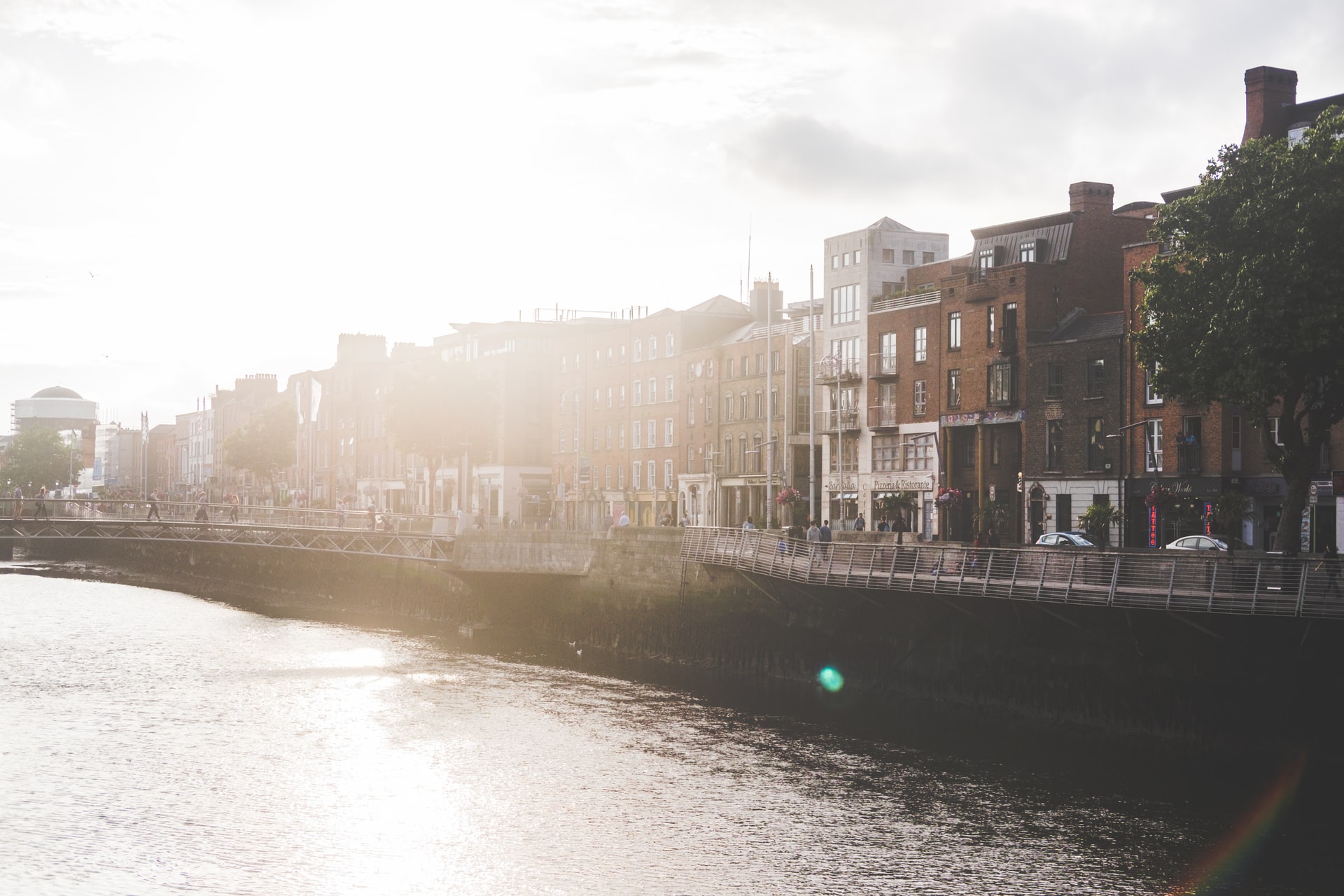 Home to James Joyce, Oscar Wilde or Yeats and many others, Dublin is a city that can’t be missed. The Writers Museum is an interesting homage to the country’s outstanding relationship with literature from the beginning of Celtic storytelling and Irish poetry till present times. As well as personal artifacts and letters, the museum has interactive displays and a collection of busts and portraits that are definitely worth admiring.

Make sure to walk by Oscar Wilde’s and Bram Stoker’s homes!

If you visit the city on 16th June you’ll be able to enjoy Bloomsday, where Joyce fans celebrate all things Joycean.

As expected, the Irish capital is also home to one of the world’s most important collections of literature. Trinity College, for instance, holds the original version of the IX century Book of Kells and the ancient library of Archbishop March houses hundreds of historical manuscripts. 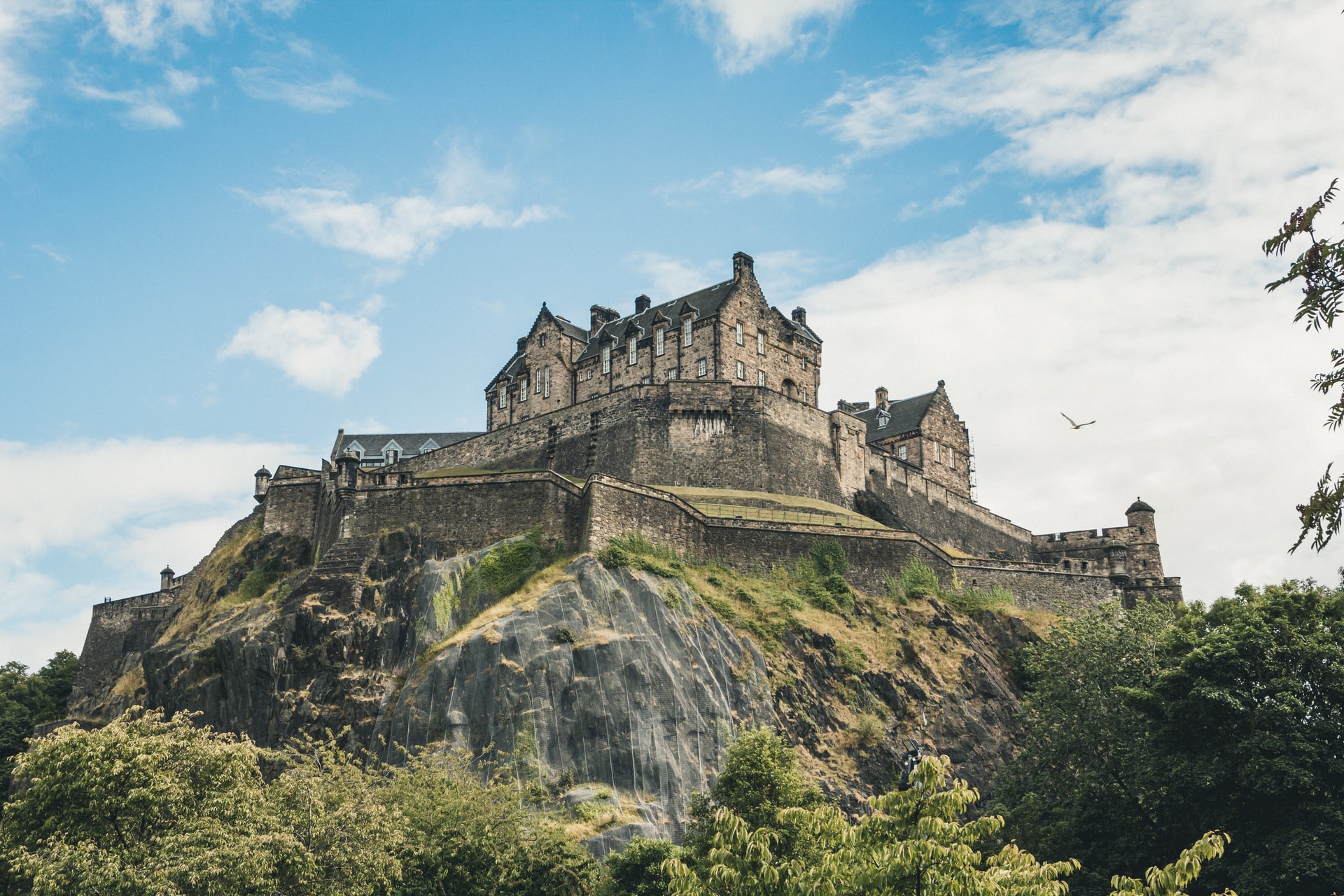 Since the Swedish inventor Albert Nobel created the Nobel Prize that included awards for literary achievements, Stockholm has won a well deserved place amongst European cities for book lovers.

Those interested in good crime novels will probably associate the Swedish capital with Stieg Larsson’s best selling crime series The Girl With the Dragon Tattoo. You shouldn’t miss Astrid Lindgren’s statue in Tegnerlunden Park; she’s the children’s writer that created the cherished character of Pippi Longstocking.

Those super fans of Larsson’s trilogy we’ll enjoy the exhibition dedicated to it at the City Museum. Book lovers should also visit the National Library of Sweden where they can see the biggest medieval manuscript in existence known as the infamous Devil’s Bible.

The Scottish capital is not only home to acclaimed writers such as Robert Burns, Alexander McCall, Sir Walter Scott or Robert Louis Stevenson but it has also been the perfect setting and inspiration source for hundreds of novels.  Besides, year after year it hosts the world’s largest book festival in the world: The Edinburgh International Book Festival, which is a must-enjoy event for bibliophiles and literature lovers.

The Writers’ Museum, on the Royal Mile, offers a good opportunity to see a more intimate side of Scotland’s literary elite, with exhibits that include Robert Burn’s  writing desk and other personal effects that belonged to Sir Walter Scott and Robert Louis Stevenson as well.

Harry Potter fans will be delighted to explore the various sites where J.K. Rowling found inspiration for her saga or even wrote part of it such as Elephant House Cafe. If you enjoyed Dr Jekyll and Mr Hyde by Stevenson, visit Deacon Brodie’s Tavern, which twisted legal story inspired Stevenson to write this Gothic classic, and check Stevenson’s house on 17 Heriot Row.

Edinburgh is also the birthplace of Sir Arthur Conan Doyle. It has a long and rich literary tradition and it is proud of having one of the highest concentrations of libraries in the world, with more than 60 per 100K people. 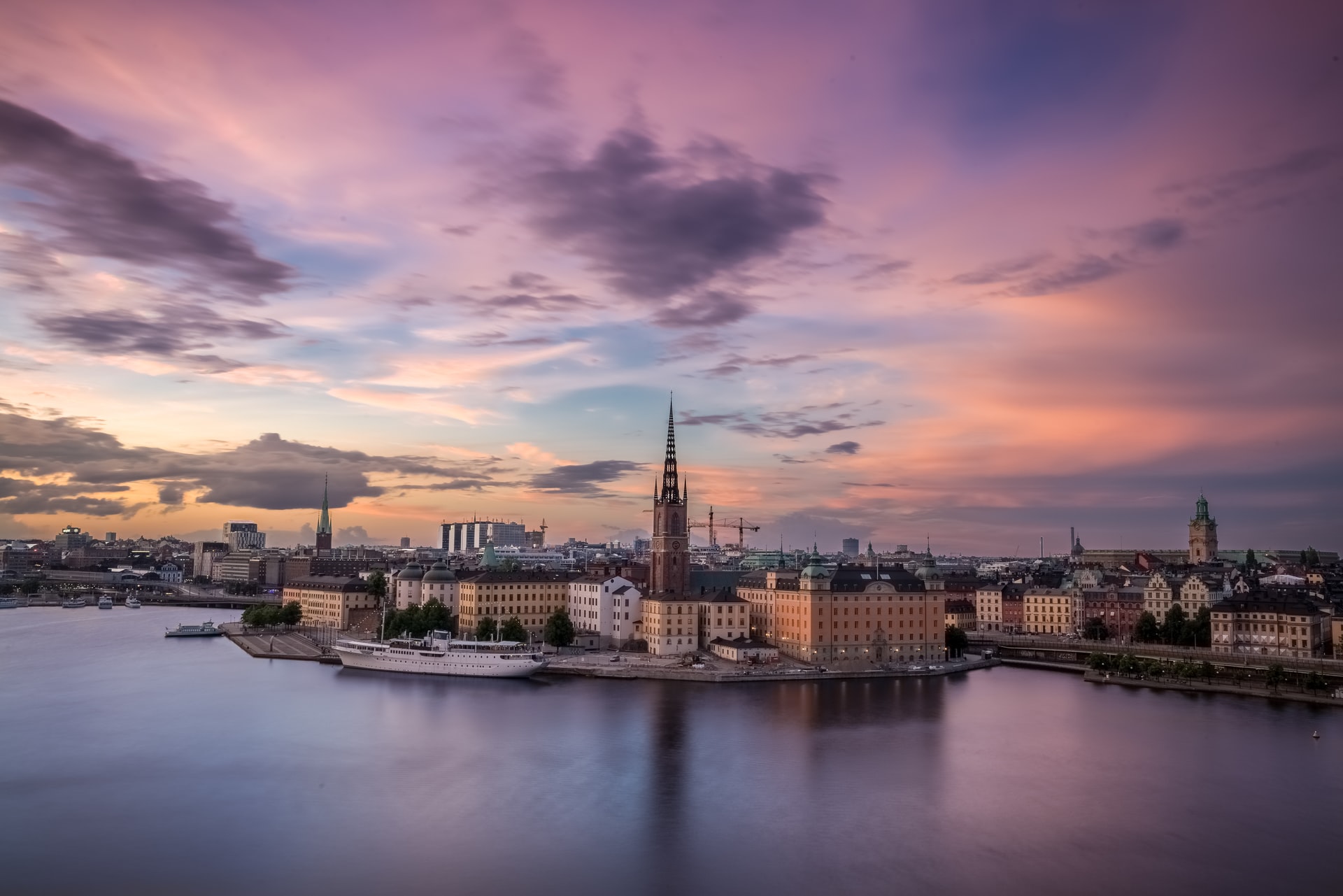 Copenhagen was the home of Hans Christian Andersen, the author of some of the most cherished and read-over-and-over-again tales for children: The Ugly Duckling, The Princess and the Pea or The Little Mermaid just to mention a few of them. Even though he wasn’t born in this harbor city, you can visit his house located at Nyhavn 20 and his final resting place in Assistens Cemetery.

Fairy tale lovers just need to take a picture of The Little Mermaid sitting at Langelinie Pier. In fact, there are tributes to Andersen all over the city. At Hans Christian Andersen Fairytale House visitors can learn interesting and generally unknown aspects of his life.

If you’ve enjoyed A Journey to the Centre of the Earth by Jules Verne, then you can’t miss visiting the Church of Our Saviour, as it is featured in his novel. It’s one of the most unique things to do in the Danish capital: its staircase that runs outside of the helix spire of this baroque church can be climbed up and, from the top, you’ll be rewarded with breathtaking views of the city.

Denmark is such a small country that it’s a pity not to make an excursion outside of Copenhagen to visit Helsingor, the city where Kronborg Castle is located and where Shakespeare’s Hamlet takes place. 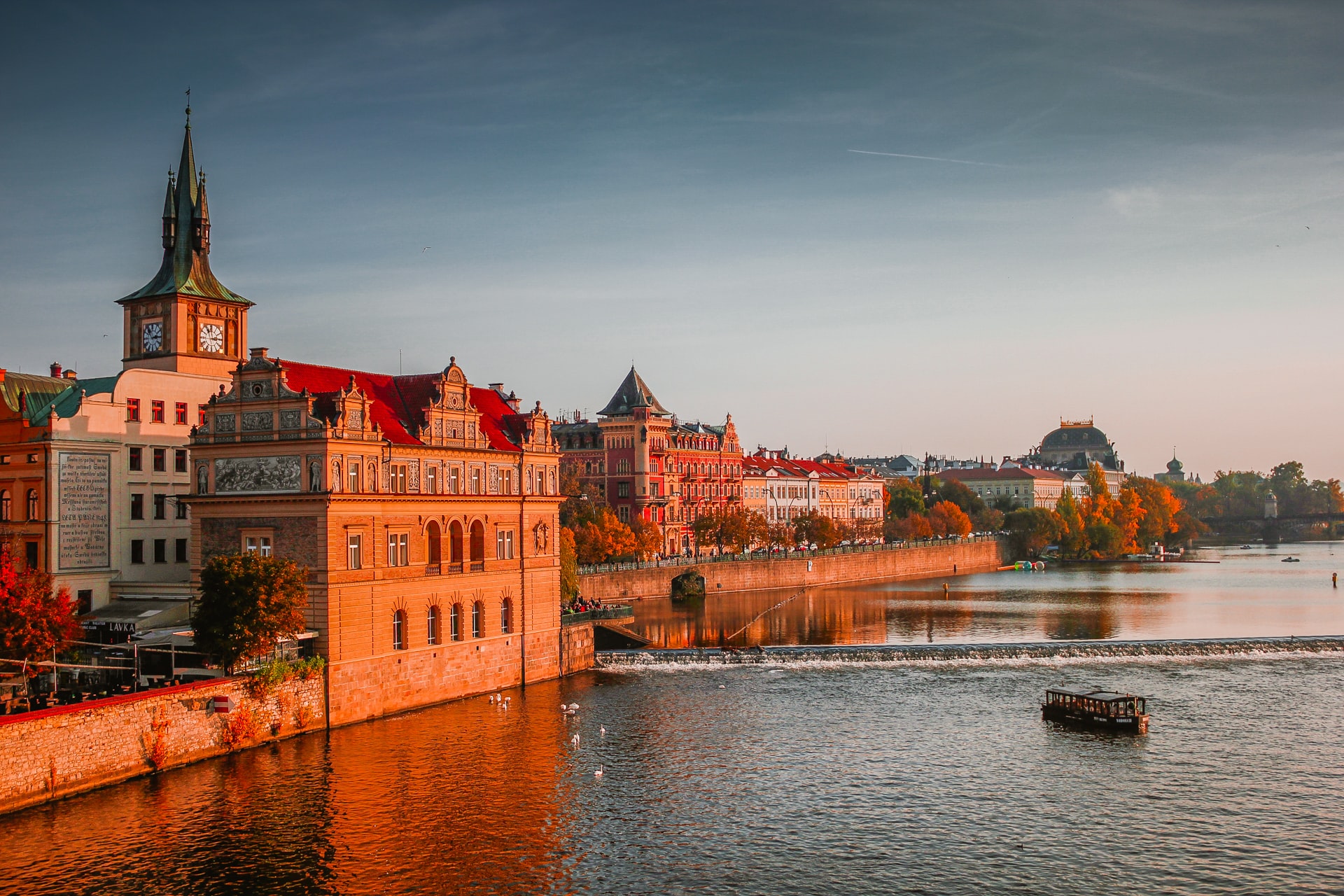 Prague has such an impressive literary history that it is a must-go-place for those with a soft spot for literature. The Museum of Communism is an interesting highlight with displays that show the difficulties that writers faced under Soviet control.

The museum dedicated to Franz Kafka is also worthy of a visit. As you pass by ornate cathedrals and absinthe shops, you may encounter a giant rotating statue of the . city’s famous writer.

Milan Kundera was also born in the Czech Republic and spent much of his adult life in Prague. He was one of the many authors punished for expressing their views. He moved to Paris in 1975 and has rarely visited Prague ever since.